The Bunbury Cemetery was established on this current site in 1914, with the first burial taking place in the middle of that year. As was common early that century, the cemetery was laid out in a “Union Jack” pattern.

The Board is responsible for an area of just over 25 hectares and  has provided the community with a variety of burial options to suit the needs of different community groups. Options include designated burial areas for particular religions, and non-denominational areas. Burial Lawns which are characterized by low monuments, community mausoleum, burial vaults and memorial gardens for cremated  remains.

The Bunbury Crematorium was built during 1975-76 and was opened for business on 12thJune 1977, and the Memorial gardens were established and continue to develop and expand to this day.

During the mid-1980’s, some headstones from the now closed Bunbury Pioneer Park Cemetery were relocated to the current Cemetery and put on display for all to visit.

Up until 30th June 1992 the Cemetery and Crematorium was operated by the Bunbury City Council. After several years of community consultation and steering committee work, 1stJuly 1992 saw the appointment of an independent Bunbury Cemetery Board. This Board continues to operate the facilities today.

December 2010 saw the opening of the new Condolence Lounge alongside the Crematorium Chapel. This was a major milestone for the Bunbury Cemetery Board improving the level of comfort for families after their chapel service

In January 2012 the Bunbury Cemetery Board officially opened Stage 1 Mausoleum in the General Cemetery. The Mausoleum designed in Tuscan style, with 44 traditional Mediterranean crypts and is fully enclosed and secured. This further expandeds the range of burial options available to families 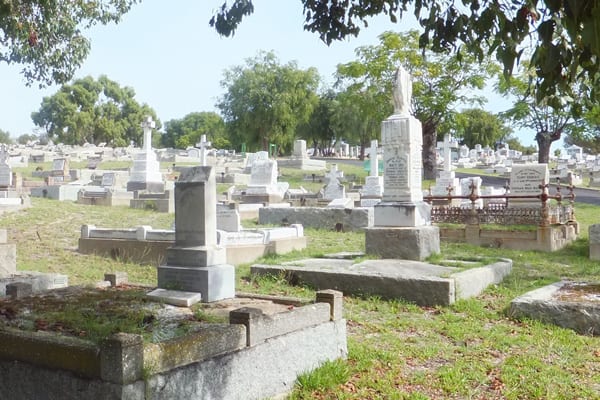 For those interested conducting further research or if you are just interested in the history of Bunbury and the Cemetery.